No Innocent Victim was a hardcore punk and metalcore band that began out of San Diego, California in the United States. The band began in 1992, with the lineup of Truxton Meadows on Guitars and Vocals, Guitarists Chris Rapier and Chris Beckett, Bassist John Harbert, and Drummer Kurt Love. Meadows was swiftly replaced by Jason Moody on Vocals. In 2002, the band disbanded, reuniting again in 2004. Through the years the band has embarked on a hiatus, officially performing their final show at Facedown Fest 2017.[1] The band's legacy has remained as being one of the biggest Christian hardcore bands in history.[2]

No Innocent Victim began in 1992, with the lineup of Vocalist/Guitarist Truxton Meadows, Guitarists Chris Rapier and Chris Beckett, Bassist John Harbert, and Drummer Kurt Love. However, shortly after formation, Meadows departed from the band, being replaced by Jason Moody. The following year, the band recorded their debut demo, following up with it in 1995 with a split album with Clay and Overcome. Around this time, the band saw the departure of both Guitarists, Beckett and Rapier. Instead of replacing the both of them with two respective Guitarist, the band added on Corey Edelmann to take over the Guitarist position alone.

Following Edelmann's induction, the band recorded their debut album, Strength, which was released through Rescue Records. However, in a similar fashion with the previous release, Harbert and Love both departed from the band. Their respective positions were filled by Judd Morgan and Jason Dunn. In 1997, No Compromise was released through Rescue. In 1998, the band released a split with a band called Phanatik, which came out through Dunn's newly formed label, Facedown Records. Morgan departed from the band in 1998, with Kyle Fisher taking over the Bassist position. The band recorded an EP and an album, The Crazy Engler Brothers and Flesh and Blood, which both came out via Victory Records. In 2000, Tim Mason of Dodgin' Bullets joined the band on Guitars. In 2001, the band recorded their fifth album, Tipping the Scales, before breaking up in 2002.

In 2004, the band reunited with the lineup of Moody, Edelmann, Mason, Fisher, and Dunn. However, by 2005, Fisher and Edelmann departed from the band, with former xDISCIPLEx A.D. members Neil Hartmann and Dave Quiggle respectively, before recording their sixth and final album, To Burn Again. Once the album was finished, the band only performed every now and again, typically at Facedown Fest, up until 2017, where the band invited fans to join in one last time. 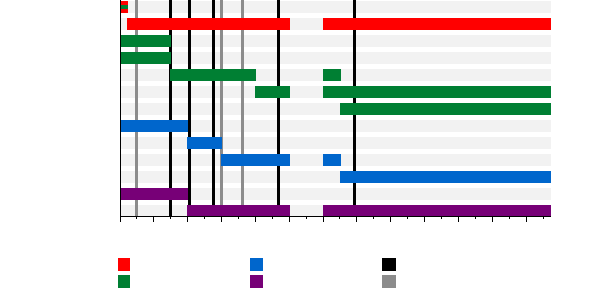